The first articles I wrote on mythical cars have portrayed slot cars based on great cars from the 70s and the 80s (Lancia Beta Montecarlo, Mg Metro 6R4). It’s nice taking a look back in history, but let’s not lose focus on what slot carmakers have to offer on cars from today. And most important, cars that excite us, and are already writing new pages on automotive history.

Ford GT. Best way to demonstrate on the track that Ford still has potential to succeed at the highest level, this time in the LMGTE Pro category, which is providing the most exciting battles at recent Le Mans editions. A category in which there’s no place for half baked cars. The Ford GT faces a tough opposition represented by the following contenders: Aston Martin, Chevrolet Corvette, Porsche 911 RSR, and recently, BMW with its massive M8….

And we, slot car enthusiasts, can own our 1:32 version of this automotive jewel. The available versions add to our collection, a touch of modernity, sportiness and avant-garde styling. It’s a beautiful car, with a design carrying its own signature. You won’t confuse it with anything else. Whenever you see one, it’s a Ford GT. It’s one of those slot cars that make me feel like a child each time I take a look at it.

To provide some context, let’s learn about the 1:1 version’s history. We will easily understand the criteria that led slot car makers to do the 1:32 version. And I’ll review for you the two versions from my collection I can tell you about.

WHAT KIND OF CAR IS THE FORD GT?

The Ford GT was conceived from the very beginning as a supercar, in order to demonstrate Ford’s ability to apply avant-garde materials and techniques to a production car, and translate it into racetrack performance. A very favourable weight to power ratio, thanks to the use of exotic materials, and a very efficient and powerful turbocharged V6 Ecoboost engine.

IS IT A SUCCESFUL RACECAR?

Yes. From the very beginining it has been competitive, and still is at the top of the LMGTE Pro game, from its debut back in 2016. I will just give you its Le Mans stats to give you an idea:

2017: 2nd place at Le Mans, right behind an Aston Martin Vantage, after completing both the same amount of laps (340 laps).

If you are a real slot car enthusiast, just because of this car’s pedigree and availability, you must include it in your collection.

My comments will be based on my own experience with the two versions that I own, Superslot w/Gulf livery and the official Ford Le Mans 2016 livery by Carrera. I came across an article not so long ago about the Sideways-Racer brand preparing its own version. 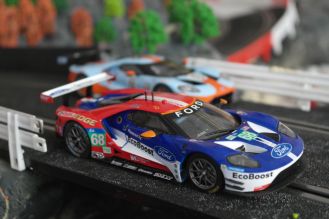 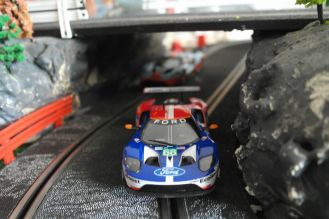 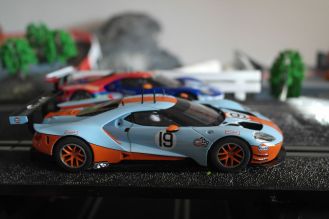 I’d like to point out one thing that I experienced again with these Fords, something that has to do with previous articles I wrote about becoming a collector and the sensations once we are more and more involved in the slot car world. I experience an immense pleasure just by contemplating this car.

This is one of those cars in slot form that you could stare at for hours, enjoy watching it on track lap after lap, if you’re also an artist, this is a car that will invite you to draw it on paper. It’s one of the most gratifying cars I’ve owned so far. In terms of looks, this car is killer, no filler.

In terms of racing history (still in the making) this is one of those cars that suggest me to forget about old group 5 cars, and come back to the present time.

Now, let’s go to the dynamics of these two sculptures. In my slot track, which is relatively twisty, an optimal car may take between 7,5-8,0 seconds per lap. These GT straight out of the box, are about 1,5 seconds slower, but are fun to drive without their magnets, very honest performance. No major handling issues on track, mainly thanks to its generous wheelbase and its low center of gravity. The Carrera motor felt quite limited in performance, being the Superslot one slightly peakier. Having said that, I can imagine that the Sideways-Racer will be a different story. Click here to see a Sideways-Racer preview. 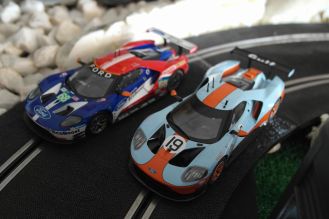 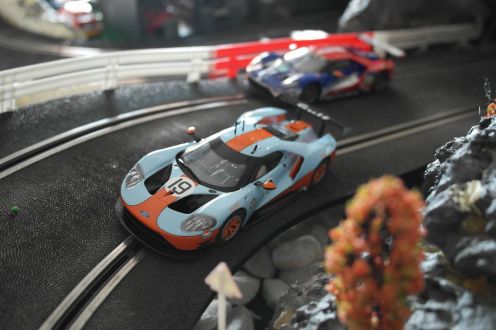 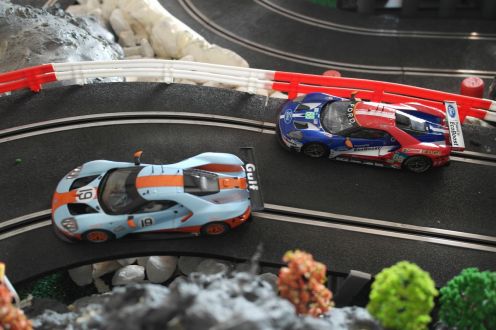 But I’m quite sure that some Carreras and Superslots have already been dismantled by some enthusiasts to provide them with performance oriented parts to transform them into slot tracks top-dogs. This is one of those cars that only by its looks should be feared by the opposition.

Can’t wait to get my hands on the Sideways version. Once that happens, there will be a second part for this article….

I selected some videos that do justice to the 1:32 versions, and the real deal in 1:1 form.

The Carrera version by Homeracing World

Hope sincerely you enjoyed this article. If so, please press the Like Button. See you in my next article. 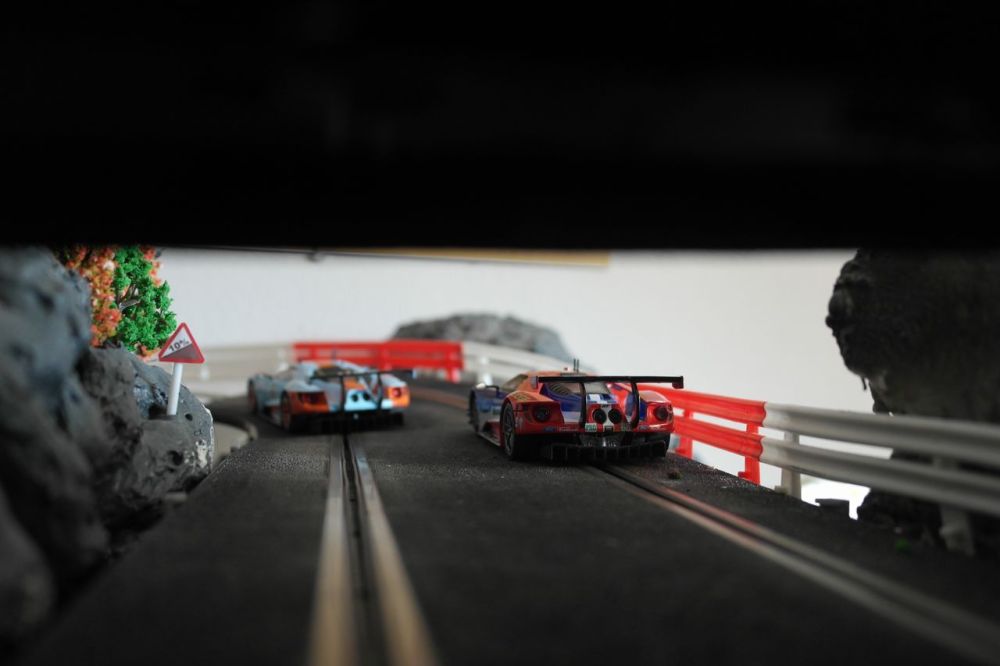