Dear reader, new entry dedicated to the spectacular group 5 saga. We continue with another contribution of the Italian industry to the universe of wild sports cars, this time through Lancia’s expertise and its inimitable Stratos. At this point, I am not going to discover to any enthusiast what this sports car meant in its day. But for those not familiar with it, we will review its brief but intense history.

What type of racing car was the Lancia Stratos?

The Lancia Stratos came to mean, in a way similar to what the Berlinetta Boxer meant at Ferrari, a total revolution, both mechanical and aesthetic. In a colloquial way, and using a modern day expression, any Lancia engineer could have defined the Stratos project as «mindblowing».

Lancia, sold at the end of the 60s to the Fiat group, needed a revulsive image, a substitute for the Fulvia model and thus continue the successes achieved in the world of rallying. The first step for this came from Cesare Fiorio, Lancia’s sporting director, who proposed to do something totally new from the Stratos Zero Concept prototype devised by Marcello Gandini. 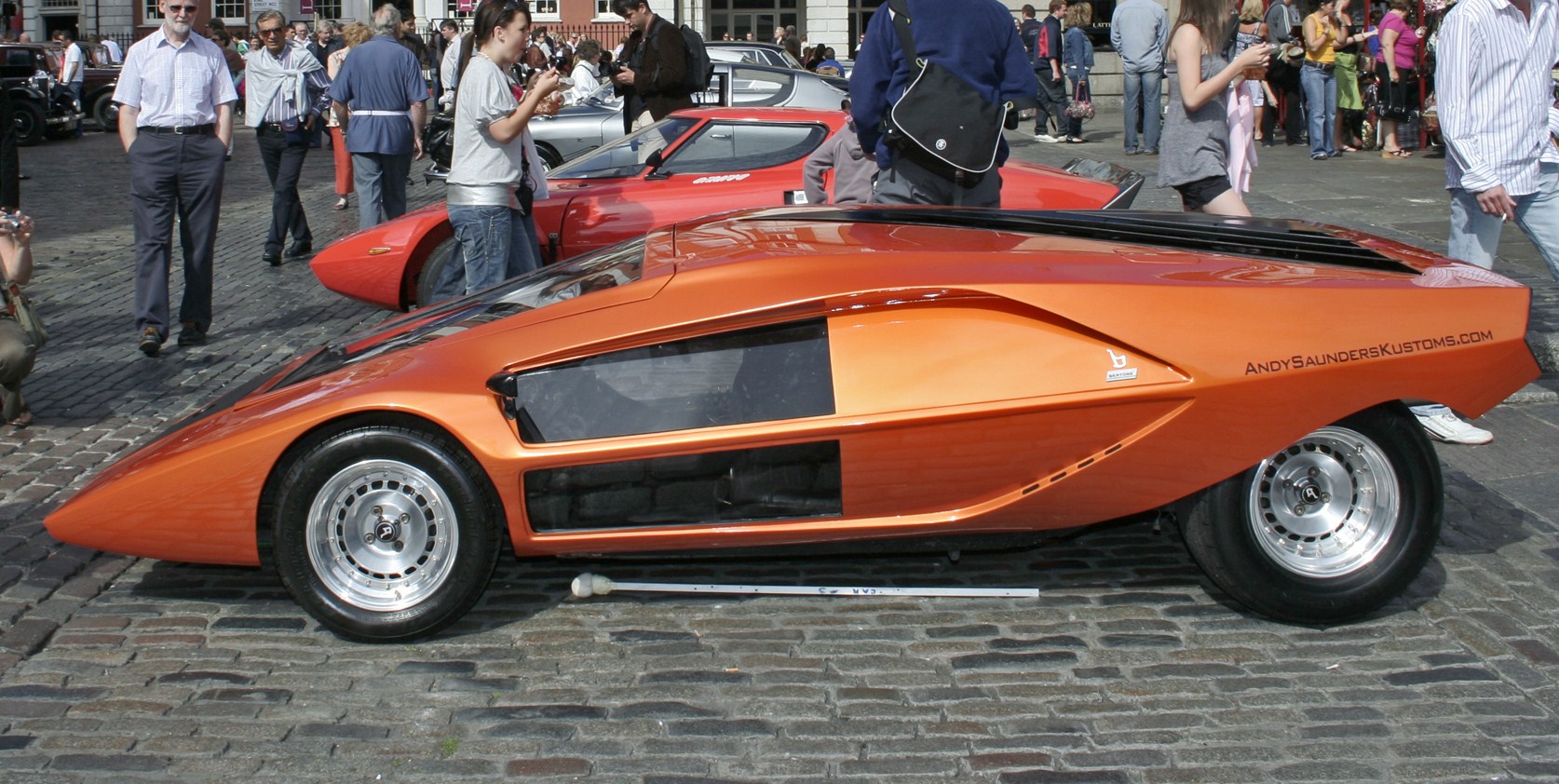 The project had to overcome the initial reluctance from the Fiat group managers, not convinced at first. Surely, bringing great specialists like Bertone and Dallara on the project, allowed the project to finally receive the green light.

The Lancia Stratos HF Prototype was presented at the Turin Motor Show in 1971, in a spectacular orange color, and surely it did not leave anyone indifferent.

It is fair to mention from here, of the many entries on the Internet, there are two excellent articles in my humble opinion, addressing the story of our protagonist:

To talk about the Lancia Stratos is to talk about an undisputed winner. Its aggresive stance and roar audible miles away, imposed its law giving Lancia the constructors’ title in the years ’74 -’75-’76, accumulating 17 victories, 29 podiums, and one drivers championship. This is what you’d define as «leaving a mark». Its official withdrawal was motivated by marketing decisions, when the Fiat group decided to promote the image of 131 through rallies, therefore, ending the official factory backing to the Lancia Stratos.

About the slot version

I consider the Stratos, one of the best image ambassadors for the Sideways brand, when it comes to rescuing myths from the 70s appropriately using «the excuse of group 5». It is true that instead of rescuing the rally version, they focus on that one. more beastly gr.5 version, oriented to circuits, and which participated, among other mythical races, in the Giro d’Italia. To highlight it,  as compared to the rally version, it shows a more worked aerodynamics, and of course, a turbocharger coupled to the V6 Ferrari with which it jumped directly from the 270 hp of the aspirated version to 400 hp in the turbocharged one. And with the indomitable character of the turbos of that time. Not suitable for the undecided.

Here is a snapshot of the original 1: 1 that Sandro Munari drove at the Giro D’Italia.

And as we can see in the following image, the Sideways version does not detract from the original, at all. In terms of driving, and taking into account that I am not a pro slot car racer, and within the nobility of all Sideways cars, I have found this car somewhat more critical ot trickier if I wanted to achieve fast laptimes, within my possibilities. I imagine that because of its shorter wheelbase, shorter compared to a Capri or an M1, to name a few illustrious examples. However, the linearity of the standard engine (Flat-6 from Slot.it) always helps, and a correct pinion-crown ratio in my opinion (11/28).

By the way, this is not the only livery in which Sideways offers us the Stratos Group 5. It is available in «historic» liveries such as Gulf, Marlboro in red and gold, and Pirelli.

What other slot versions are there available ?

Although Sideways has oriented its Stratos to the Group 5 verseion, long-established fans know how many Stratos we have available in our wonderful slot car world in its 1:32 form: Scalextric-Exin, Ninco, Superslot, Team Slot will allow us complete the range of versions available if we are interested in the theme of this legendary racing car.

Here is a photo gallery, with this specimen in action. A feast for the nonconformist collector’s eye.

With this video, it is enough to enjoy Stratos Gr.5 in its historical context. In the first seconds you can see it leading a pack of furious sports cars.

See you in the next blog entry, in which we will admire another Group 5. Greetings dear reader! (Hint: next one will be a great example of teutonic power)