What type of racing car was the Capri Zakspeed Turbo?

Dear reader, looking back at the first members that we have seen of the spectacular group 5 family, all have been sports cars from brands of stale ancestry, undoubted prestige and elitism: Porsche, Ferrari, and from a more general brand, but with a halo of indisputable exclusivity, we have Lancia.

In this post, we’ll look at a new group 5, from a generalist brand such as Ford, taking to the extreme of group 5, a car derived from the series such as the Capri. The «street» Capri is a car with a certain sporty spirit, and much more accessible to the general public than those previously mentioned. When this version of group 5 came out, the street Capri had already been on the market for 2 decades, since the first series was launched on the market in the 60s.

I’m sure that more than one Capri owner back in the 80’s would enjoy seeing his car putting Porsches, BMWs, Lancias and other rivals in trouble, both in the Gr.5 and the German DRM.

In my days as an EGB student, I recognize that the Capri was one of those cars that fascinated me. In my town there were two. A 2.8i, and a 2.0 S. They were the coolest in the neighborhood (plus an Opel Manta GSI, but we’ll talk about a Manta when the opportunity comes).

After going through my own library, magazines, and articles that adequately introduce the technical history of the Ford Capri Zakspeed Turbo, in my opinion, this article on the 12cilindros website stands out above the rest.

As you can see, it constitutes a project carried out with a collaborator more than qualified at the time like Zakspeed. The use of a refined aerodynamics, and the quality of the mechanics of the turbocharged Ford blocks that ended up flirting with powers of the order of 600hp, something very serious for a 4-cylinder in the early 80s is to take into account. In this category, in addition to refined aerodynamics and sophisticated superchargers, exotic materials such as Kevlar were already used, which in the case of this car, helped it weigh only 790 kg on the scale. 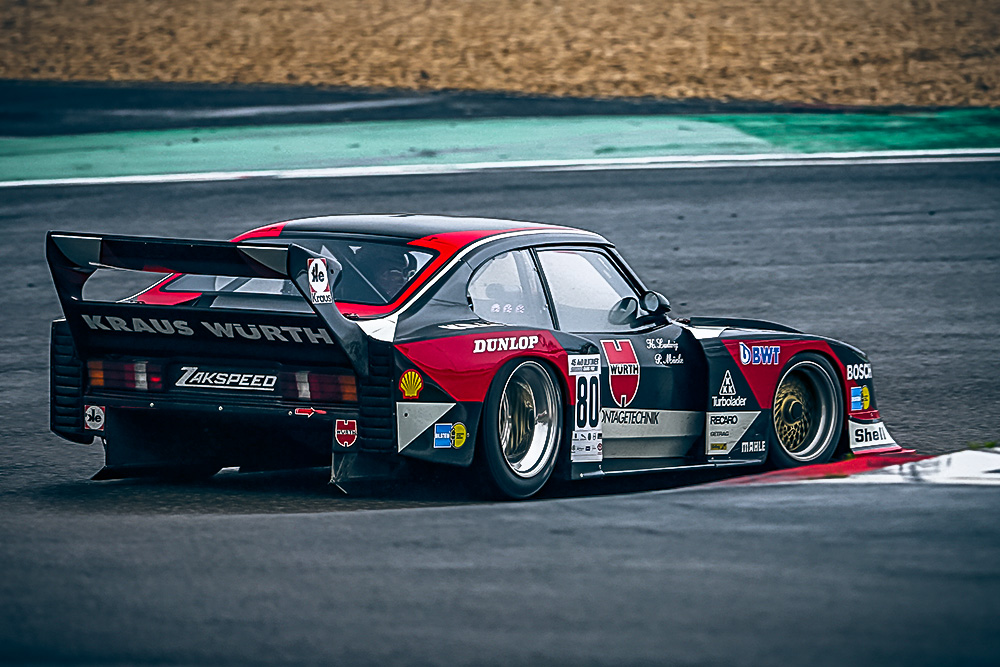 And I would add an interesting technical review: with the experience accumulated with the engine block of the Ford Capri Turbo, Zakspeed mounted his landing in the Formula 1 of 1985 around that engine, following the pattern already set by BMW with its wild engine of identical configuration, which made Nelson Piquet champion in 1983. Unfortunately, track record was not spectacular, mainly due to the limits that affect any privateer team that tries to triumph in Formula 1. They achieved as best performance, a 5th place in the GP of San Marino (Imola) of 1988. 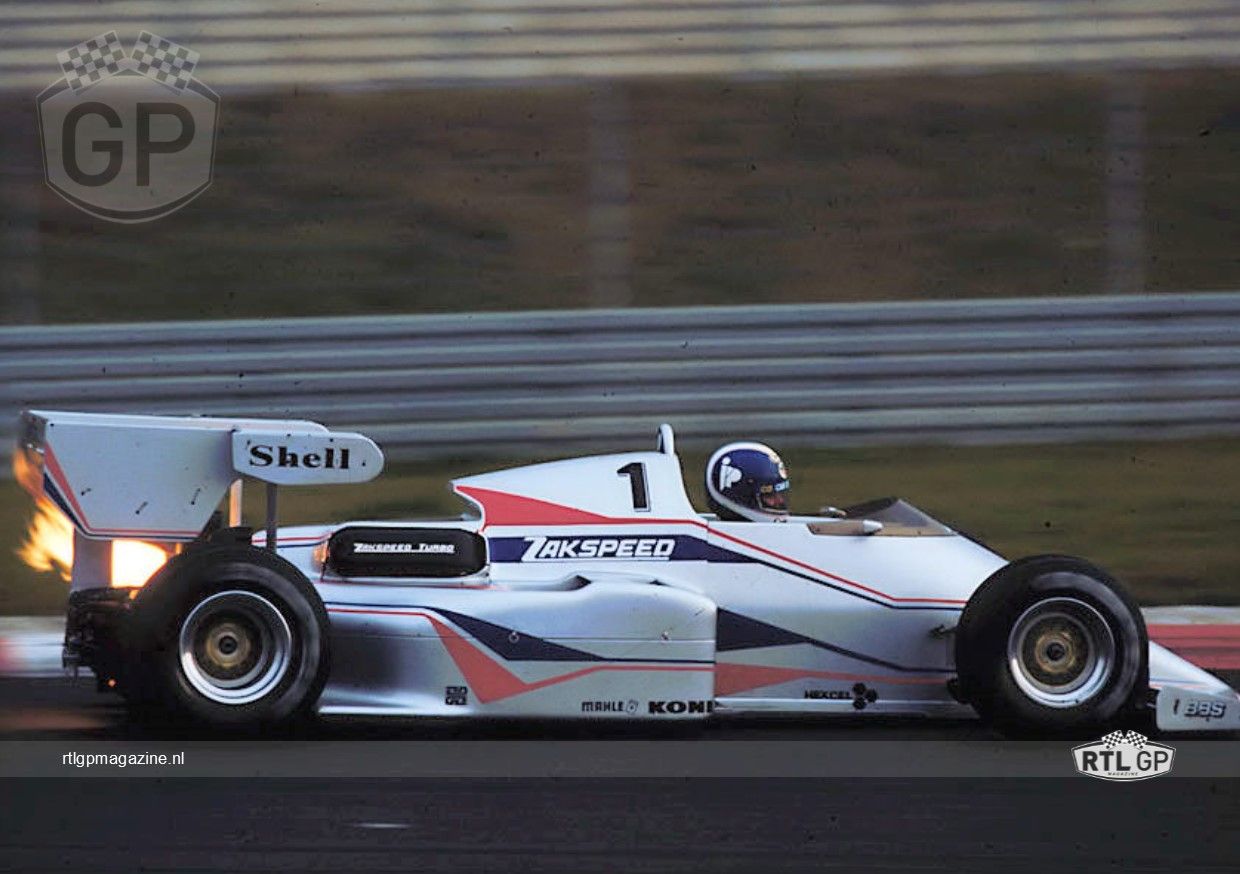 The Capri’s record in competition is represented above all by its overwhelming dominance in the German DRM in 1981, scoring both Division 1 and 2, with Klaus Ludwig and Manfred Winkelhock. Suffice it to remember that in that season, the big brands like Porsche, BMW and Lancia put all their savoir faire on the track.

About the slot version

For this article we have two Sideways, two other examples from the FLY commemorative box, and a Fly Racing that I managed to rescue from oblivion, which I accepted as a most honorable inheritance.

The visual impact of these cars is also reinforced with the unquestionable quality of execution of both Sideways and Fly. They are a flawless visual delight.

To ensure pure performance, the Sideways versions come equipped with a Slot it MN09CH motor and a 11/28 pinion / crown ratio to provide convincing speed.

What other slot versions are there available?

If we speak exclusively of the Group 5 Capri, we have as more representative examples, those made by Flyslot, Sideways, and Carrera. Different dynamics between the three, but with one element common to all: the quality of reproduction. They are a must-have addition to any slot fan’s collection.

See you in the next blog entry, in which we will admire another Group 5. Greetings dear reader!