Dear reader, we come across a legend in its own right. Few automotive thoroughbreds created so many expectations, only to be left with unsatisfied promises in terms of sporting honors, but still unquestionably retain the myth status . Much of it has to do with the automotive community having taken into account what the M1 represented for both BMW and motorsports, and being «forgiven» for the difficult circumstances in which it was manufactured, and the consequent delays that they played against it for group 4 homologation. Either way, the M1 has a large legion of fans around the world.

And, being objective, it is a sports car with an impressive appearance, pedigree, and an exhaust note that will skyrocket your serotonine levels.

If the Group 5 BMW 320 in the previous blog entry was already impressive in itself, get ready for this bavarian beast, which was presented internationally at the Paris Motor Show in 1978. 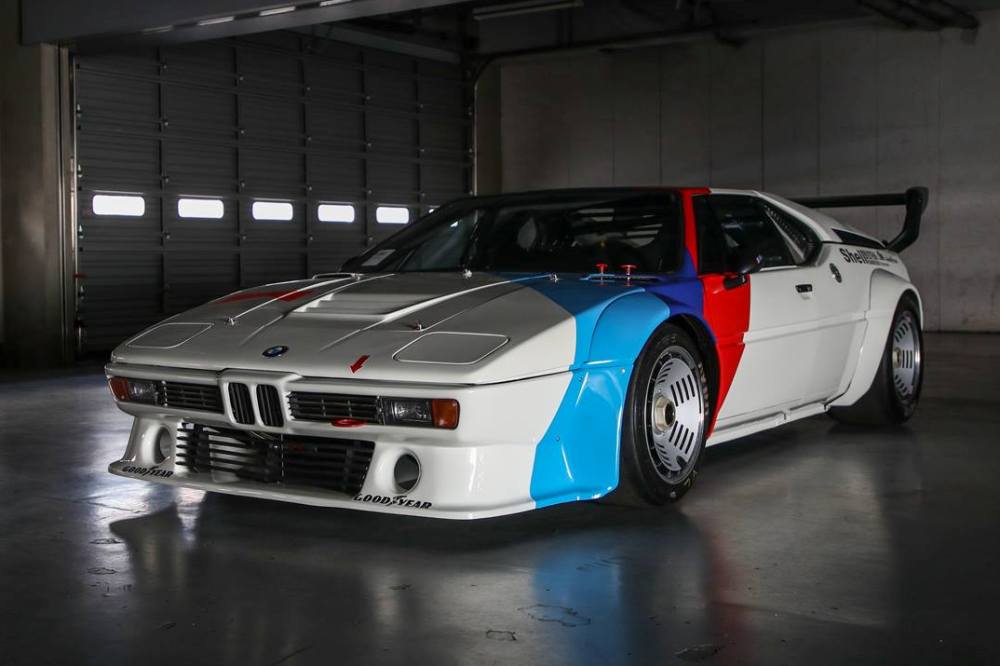 Unlike the Capri and / or the Group 5 Series 3, the street M1 on which this wild animal is based was not and is not a car available to everyone. Here BMW is already entering the field of more exclusive firms. And with convincing attributes to do so.

I recommend this web page in which it the M1 project is explained to us in a very well summarized way, with contributions from Jochen Neerspach (former driver and manager of BMW). It provides some insights regarding the setbacks of its putting into production, some details of its mechanics, and other aspects related to its price tag.

What kind of car was the BMW M1? Sporting success?

The BMW M1 was a mid-engined sports car project, in which Lamborghini was supposed collaborate to manufacture it, in accordance with the Italian firm’s experience in the development of high-performance sports vehicles. It represented BMW’s assault on the supercar universe.

Lamborghini’s delicate financial situation prevented them from fulfilling the initial agreement with BMW, and thus the Germans had to devise a complex manufacturing alternative. Nevertheless, BMW managed to make this operational puzzle work: frame from Marchesi, plastic and fiberglass bodywork from T.I.R. They were sent to Ital Design (Giugiaro) where said pieces were assembled with interior coatings and equipment; the mechanics on the other hand, was mounted in StuttgartBaur.

At the sporting level, the M1 paid dearly for these problems and manufacturing delays, which made it late in the homologation for Group 4; it did not arrive in time for the regulation change, and the M1 would be left out of it. Their world showcase was the Pro-Car series, in which they were the opening act for the F-1 races, and later, they obtained homologation for Group 4/5 in endurance championships and other European series.

Among other sporting achievements that we can see on countless pages available on the net, the group B category victory at Le Mans in 1984, after an intense duel with a Porsche 930 Turbo, particularly catches my attention. It is noteworthy among other things, because in this category we are talking about a practically standard car with a slight preparation. And also, because all the other cars that crossed the finish line in that edition were C1 / C2 / IMSA GTP / GTX category prototypes, designed exclusively for competition. You can find this review in this article.

And a photo of that M1 winner of its category in full action here:

Another link that I recommend regarding the history of the M1:

For this article we have versions of 3 manufacturers as different as they can be: Carrera, Scaleauto and Sideways. Each one with its own idiosyncrasy and character. You can tell easily by the mechanical layout for each one of them.

Now lets enjoy some pictures with these 3 pieces of machinery in action.

In these videos, we can see different video-demonstrations of the behavior of the sloteras versions of different manufacturers: a nice restoration of a Scalextric-Exin, Carrera, Scaleauto, Sideways. Different eras and 1/32 mechanical approaches to an icon.

See you in the next blog enty. Greetings dear reader!